Why would someone want to reduce their cheek structure? 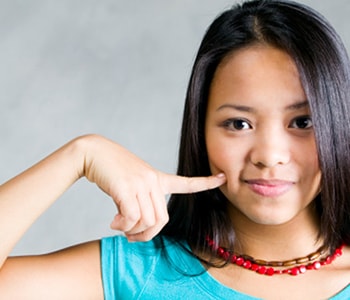 In Western cultures, the presence of a fairly high cheekbone is considered a sign of beauty. Many of the contemporary fashion models have higher cheekbones, and some of them even seek to get cheek implants to further increase the height of their cheeks.

However, if a person’s cheekbone is so high that it’s much higher in proportion to the rest of his or her face and if it’s also wider than usual, then it could actually dent on the appearance of their face. Resulting from such a cheekbone is facial disproportion which will in turn result in a patient’s face to look deformed and unpleasing. The upper portion of such patients’ faces will look very wide in relation to the lower portion.

In many Asians, the problem of disproportion between the upper portion and the lower portion of their faces exist. In most of them, the cheekbone is both too wide and too big. Such types of patients are the ideal candidates for cheekbone reduction surgery.

Following a cheekbone reduction surgery, a patient’s face will appear to be narrower than before and the pre-surgery unaesthetic cheekbones will be less prominent. In patients who had very wide and higher cheekbones, the achieved aesthetic result can be very dramatic. Through the reduction of the cheekbone, the facial proportion which wasn’t present earlier will be restored resulting in an improved patient appearance. However, in some patients, the achieved result will be very subtle if their cheekbone wasn’t that much higher and/or wider prior to the surgery.

Therefore, the intensity of the results achieved through a cheekbone reduction surgery heavily depends on the prior surgical condition and patient expectations. For example, some patients opt to have their cheekbone reduced as much as possible while others may want it reduced only a small amount.  Contact  212 734 4488 to schedule a consultation visit and find out if cheekbone reduction or implants can help you!

Back to Cheekbone Reduction Page