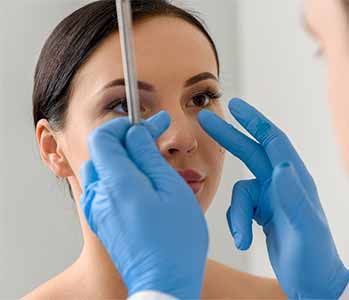 Rhinoplasty is one of the most common plastic surgery procedures in the country. Noses are a prominent feature on the face and come in all sizes and shapes, but there are also ethnic differences as well. When performing Asian nose surgery, it’s very important for the surgeon to pay close attention to the unique details of this ethnic group. Dr. Kwan is a well-known plastic surgeon in NYC who has extensive experience with Asian nose reshaping surgery.

The goal with Asian nose surgery is not to create a perfect Caucasian nose, but rather to create a nose that is in balance with the face and is ethnically consistent with Asian facial features. Here’s a look at some of the most common differences:

Dr. Kwan and his team work hard to help patients of Asian descent by improving their nose and still maintaining the correct ethnic esthetic. If you are in the NYC area and would like to see some of his before and after photos of Asian nose surgeries, call [phone1] today for an appointment.

Back to Asian Nose Page