What is a mommy makeover? 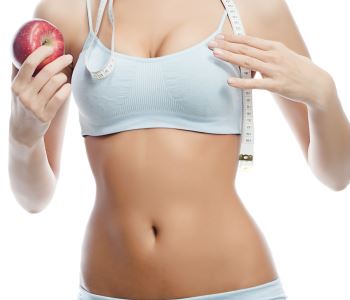 A “Mommy Makeover” is a surgical procedure that involves the entire body of the patient – the breast and the tummy in particular. The procedure includes both lifting the breast as well as tightening the stomach area. Sometimes it may also include a liposuction procedure on the stomach, the flank area and even the thigh area. These are the particular areas where a mom generally tends to add fat during or after the pregnancy. She may also develop sagging breasts, and sagging muscle and skin in the stomach region due to the pregnancy.

A Mommy Makeover usually begins with the breast lift surgery, which is a major part of the whole procedure. The breast lift involves making incisions under the breasts to remove excess skin that has been stretched out, and the entire breast may have to be lifted to add perkiness. In some cases, the patient may also need volume to be added in order to enhance its perkiness, which may require a breast implant to be inserted at the same time during the surgery. This adds perkiness to the breast and the extra skin that has been stretched out also gets removed at the same time.

With the stomach area, some patients may just need the excess fat to be removed. This can be done with liposuction procedure. Dr. Edmund Kwan uses a liposuction technique called tumescent liposuction. In a case where the skin has not been stretched out too badly, liposuction can be an effective procedure to remove the unwanted fats, especially from the flank area and the front of the stomach.

However, in cases where the stomach muscles have become loose and the skin has been stretched out too much, perhaps due to the baby’s size or due to complications during the pregnancy, the patient may require a tummy tuck procedure. This is also known as abdominoplasty. This involves both liposuction and the removing of extra skin, particularly stretch marks, as well as the tightening of muscles. This is a more complex procedure, and may take about two to two and a half hours, resulting in a very flat stomach.

Back to Mommy Makeover Page